5 Fun Things To Do In Newcastle

Whey aye man! Newcastle upon Tyne is the regional capital of the North East of England and is an incredibly fun place to be studying. Located on the banks of the River Tyne, the city has transformed considerably since it began its life as a Roman fort in 122AD.

With its twin city Gateshead, it was a major shipbuilding and manufacturing hub during the Industrial Revolution. Nowadays, it’s known for being the centre of arts, business and sciences.

Did you know that Newcastle is the Greggs capital of the UK with a whopping 29 Greggs outlets in the city? All the more reason to study here! If you do choose to study here, you’re in for a lot of fun, with a huge amount of entertainment (and sausage rolls) available not far from your student accommodation in Newcastle.

This preserved 19th-century subterranean wagonway runs under Newcastle upon Tyne from the Town Moor down to the River Tyne. It was built to transport coal from Spital Tongues Colliery to the river and operated from around 1842 to the 1860s. In 1939, the tunnel was converted into an air-raid shelter to protect citizens during World War 2.

In 2008, the tunnel was repaired and opened for guided tours with funding from the Heritage Lottery Fund and the TyneWear partnership. The original length of the tunnel was 2.5 miles with a 222 feet drop. Its deepest point underground reaches a whopping 85 feet. There are eight or more two-hour heritage tours of the Victoria Tunnel that are run every week. This tour can often be fully booked due to its popularity, so you have to be quick off the mark when booking your place, but it’s well worth it! The tour guides keep you fully informed with interesting facts as they guide you down this eerie tunnel. The cost of this tour is £9 per head, so not free, but a worthwhile experience if you want to explore the history of the city for a reasonable price. 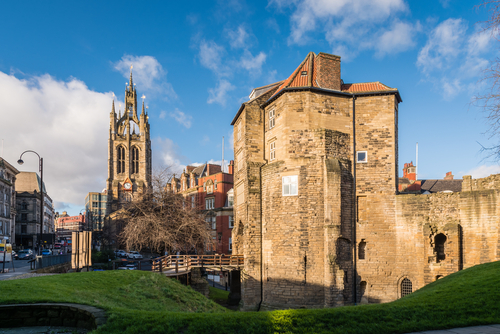 The Castle in Newcastle was built on the site of the fortress that gave this city its name! Currently, the most prominent remains are the Castle Keep and the Black Gate. This is a must-see when studying this town, not only does it explore the rich history of the vibrant city, but it also offers some amazing views from its rooftop.

The ‘New Castle’ was founded in 1080 by one of William the Conqueror’s eldest sons Robert Curthose. Between 1168 and 1178 the castle we know today was rebuilt in stone after being originally built using earth and timber. New exhibitions allow visitors to experience what life would’ve been like for inhabitants. If you’re feeling brave, Newcastle Castle also hosts several ghost-hunting evenings looking back on its eerie history and supposed sightings of ‘The Poppy Girl’ a previous resident of the castle who was jailed, spooky! The creepy castle was even featured on an episode of Most Haunted, making it an even more intriguing place to visit.

Entry for students is £7.50 with a valid ID card, making this a fairly cheap and fun day out for you and your friends. 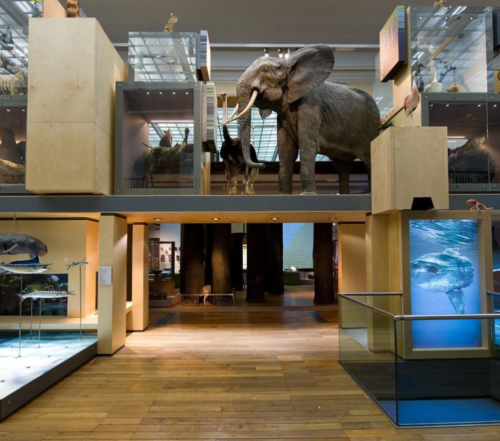 This fascinating museum explores the history and ancient civilisations in Newcastle upon Tyne, the museum was established in 1884 formerly known as the Hancock museum, and later on, in 2006 it merged with Newcastle University’s Hatton Gallery to form the Great North Museum. What’s even better is you don’t have to pay a penny to visit this museum, but they do take donations.

The Living Planet on the ground floor and first floor tells the story of wildlife and habitats, including a whole bunch of archaeological finds from across the 73-mile stretch of Hadrian’s Wall, a historical landmark in Carlisle.

We’d recommend the Fossil Stories on the ground floor, which uses fossils to show changes to the landscape as well as animals and plants that existed millions of years ago, it’s fascinating!

4. Visit the Angel of the North

This contemporary sculpture is a must-see in Gateshead, completed in 1998, the steel sculpture of an angel is 20 metres tall with wings measuring 54 metres across. It’s about a ten-minute drive from Newcastle, but easily accessible via public transport too. If you grab the number 21 from Newcastle Eldon Square Bus Station, the bus stops on Durham Road near the Angel of the North. This fabulous piece of public art is visited by 150,000 people a year and is pretty much one of the most famous sculptures in the UK, it’s rather impressive to say you’ll be studying right near something so famous! Made from 200 tonnes of steel that can withstand 100 miles per hour, getting up close and personal with the Angel is an unforgettable experience. The total cost of the angel was around £800,000 and it will last for more than 100 years. This is a great place to take your family when they’re visiting, they’ll be blown away by the views.

Opened for public use in 2001, this award-winning structure was designed by architect WilkinsonEyre and structural engineer Gifford. It’s often referred to as the ‘Winking Eye Bridge’ or the ‘Blinking Eye Bridge’ due to its tilting movements. The Gateshead Millennium Bridge is a pedestrian and cyclist tilt bridge over the River Tyne and offers some stunning Insta worthy views. The lighting around this bridge brings this structure to life making it a unique experience for many. After visiting the bridge, why not take a stroll along The Quayside, filled with plenty of good bars and restaurants. There’s also a great Sunday market you should visit (if you’re not too hungover from the night before!) The twinkling lights reflect against the water to create a beautiful scenic atmosphere, when soaking up the scenes you’ll be sure to count yourself lucky to be able to study in this lively, colourful city.

Newcastle upon Tyne The Food Guide